Skip to content
Leaving the EU – Shoe Prices to Jump?

How on earth can this impact on buying a pair of shoes, sandals or boots you may ask. The simple answer is – in more ways than you can ever imagine. The shoe trade has been globalised for many years now and was preceded by the rundown of shoe manufacture first in Britain followed by most of the shoe factories in more developed Europe. Nowadays, not only is footwear made all over the world (mainly in the Far East), but the components which go into making shoes are likewise bought and sold across many international borders – in US dollars!

We all think of shoes in £-Sterling our local currency, however virtually all footwear sold in the UK is imported and paid for in US dollars or Euros. The financial market jitters today following today’s BREXIT vote mean that shoes, along with most other imported goods, are definitely going to cost much more in future.

The exception to the dollar problem could be the smaller volume, better quality end of the footwear market in which our business is involved; much of these goods are still made in Europe. However the £ has so far dropped 5% against the Euro which means, that these shoes will not be immune to a price hike. Surely we won’t end up with borders tariffs to add to this but we can be certain to say there won’t be a better time to buy a new pair of shoes than now, at least not for a number of years! 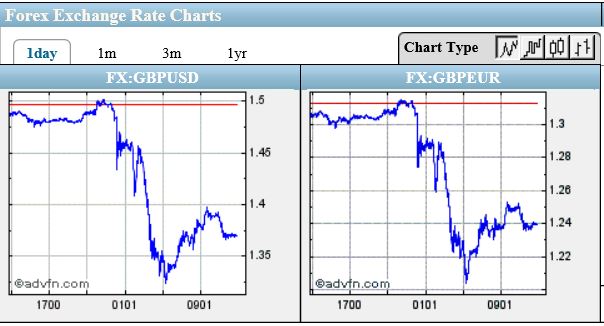